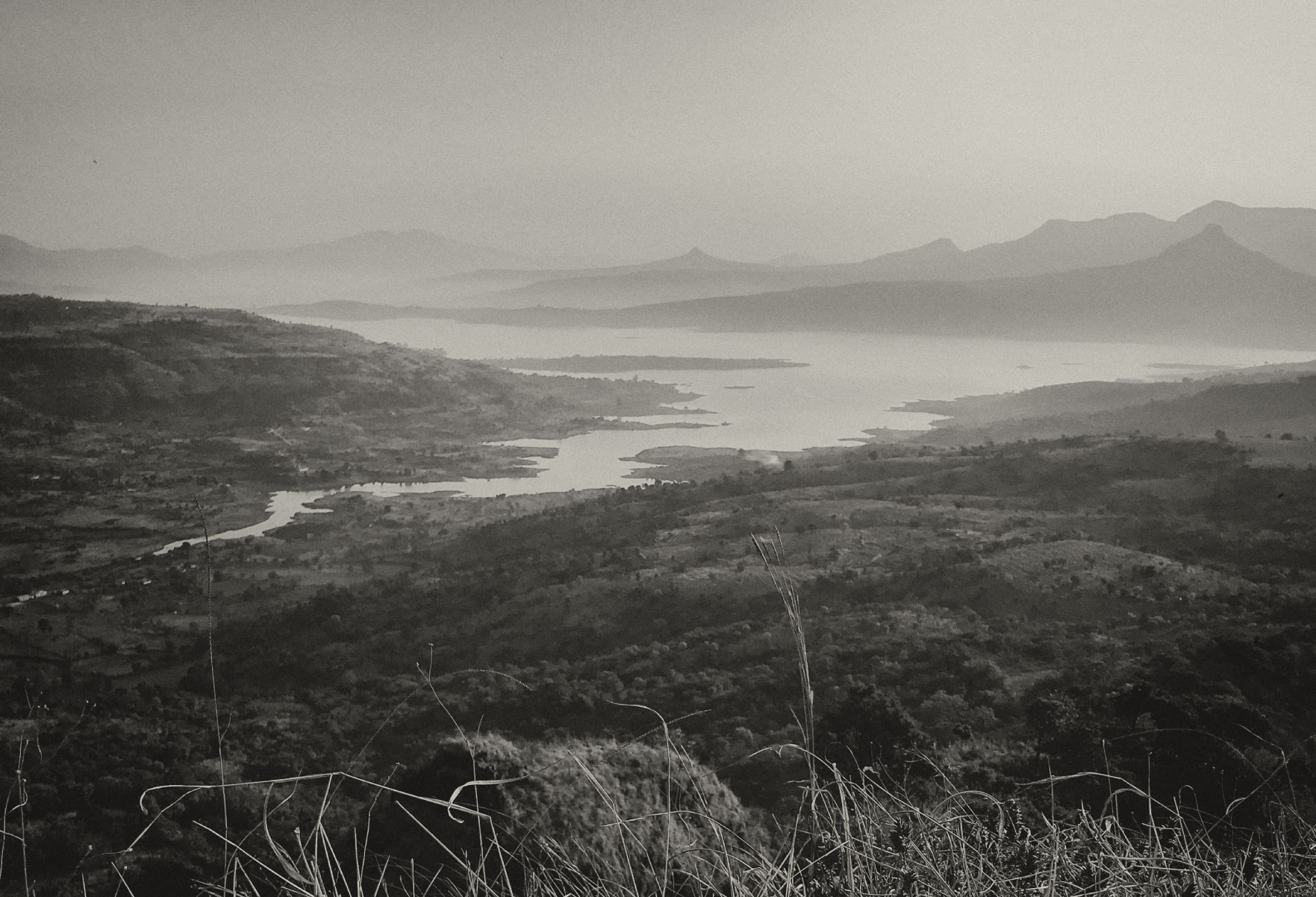 I pulled on my shorts and sneakers, and patted sunscreen across the bridge of my nose, for my daily coffee run. At the door I grabbed my key. I was in the lift and halfway to the ground floor when I realised I had forgotten it: my government-issued, reusable 3-ply mask. Today and for the foreseeable future, Singaporeans leave home with half their faces covered, as masking up has become a mandatory move since April 16. And just to keep you honest, you will be fined for flashing your full face: 300 SGD for the first warning, 1,000 for the second offence, and then jail. Breaching safe distancing measures will also earn you a fine. These are part of the nationwide circuit-breaker measures to curb a second surge in COVID-19 cases, and in a climate of uncertainty, Singapore is mapping out a new normal, day by day.

My family and I moved to Singapore from Mumbai in early February, ‘ahead of the curve’, you might say. We read articles about this strange, new malady. Travel restrictions and lockdowns were still a remote possibility. Singapore’s response to the novel coronavirus was upheld by many as a gold standard. Liberal testing, contact tracing, hospitalising positive cases, and clear, regular communication from the government softened the psychological blow of a public health crisis wide and bleak enough to mock all human activities.

My husband and I chose a condo in Robertson Quay, a riverside neighbourhood converted from a historical wharf, both practical and charming. I knew I would be working on a new book and easy access to a pleasant promenade where air could gust into my thoughts and where I could be schooled through any lack of inspiration by a brisk walk under weeping willows and a fortifying coffee, was prized. A children’s playground right over the colourful pedestrian-only Alkaff Bridge, drenched in vibrant colours by Filipino artist Pacita Abad, would fill with carefree shrieks and acrobatics every afternoon. For my 22-month-old daughters, who have mature palates and aspire to refined activities, regular outings for Mexican, Mediterranean, and Japanese food became our nightly rituals, and for a time, gave us the desired illusion of control, safety, and certainty.

But I have a personal and nuanced exploration of perilous circumstances. So, even as I explored my new city, sharing pictures of a morning at the Botanic Gardens with my twin toddlers, a feeling of dissonance arose. It was impossible to ignore the disrupted routines, the stressors, deaths, and misery emanating in a queasy glow from my laptop screen. A second spike in cases in Singapore, this time from people returning from Europe and North America, infiltrated our psyches through the government’s whatsapp updates. I’ve long banished the illusion of certainty, so I knew that things would change in our temporary bucolic reality by the Singapore River; it was simply a matter of when.

By the end of March, grabbing drinks with friends was simply not conducive to safe distancing. Having lived in three cities over the past six years, I had trained myself to not take possession of people and things, to float through circumstances. But when new friends began regarding each other warily, I understood this to be uncharted territory. We withdrew our girls from play-school, and Jason coaxed me to discontinue yoga classes outside our home. On one of our last evenings out, we played a round of ‘What’s your biggest fear?’ with another couple. “That I am a carrier,” said Ramses, who works for Bloomberg and has elderly parents in Texas. “That I pass on the coronavirus unknowingly to someone vulnerable, like you.”

On another day, I passed red-tape X signs, marking seats ought to be left empty, in my favourite cafe, Toby’s Estate. Red: the colour of love and passion but also of blood and danger. Red pigment made from ochre was one of the first colours used in prehistoric art. It’s atavistic. A signifier of mortality and loss. If I had been on a survey mission, these would have appeared to be placeholders for lost souls, a sort of lament. I typed that out, ordered my latte, and gazed out the window. The crisis had opened up a private panorama that felt at odds with the normal flow of joggers, Filipina helpers pushing strollers in sociable clusters, and expats walking their dogs in a cheerful stream of normality. My thoughts were triggered by the news headlines blaring out of India, which went into lockdown on March 25. The images of migrant workers walking hundreds of miles to reach home were hard to reconcile with the placid lives flashing by in the sun, like two worlds braided into each other over an expensive avocado toast.

I was at Kinokuniya, the Aladdin’s Cave of bookstores in Singapore, the day it was announced. Singapore’s Prime Minister, Lee Hsien Loong, shared the circuit-breaker measures in a widely televised speech. They would be in effect from April 7 till May 4; this gave us two days to assemble a wild and provisional haven for the family. It’s going to be like camping, but at home.

I hefted my bag of Rebecca Solnit books and broke stride, brushing past others on the escalators. Down, down I went to the Takashimaya supermarket, my lizard brain puzzling over what to buy. By some filthy, glorious mystery of luck, curfew, lockdown, and global health crises are simply not part of my personal history, though my mother’s grandparents survived two world wars and the Partition on my father’s side. “Salmon,” my maternal brain blared. My girls, Sufi and Soleil, love the omega-rich delicacy, and it was my duty to provide it. Screw the toilet paper. I swung through crowds, throwing milk, bread, and noodles with an obscure annoyance at having to share personal space. Singapore is not anything if not orderly. I know there isn’t a chasm of personal propriety between local Singaporeans and people like me, dependent pass holders. If this were any other city, I may have been tempted to find a way to circumnavigate the never-ending, stockpiling-for-the-pandemic queue. I would strike up a conversation with fellow shoppers to ease a sense of panic and doom. But Singapore lulls you into a state of compliance, and even after a few months, I have strong faith in the system and local governance, so I placed my toes on the red tape and prepared to wait, while ‘clean ambassadors’ patrolled the line, reminding us to ‘queue one metre apart’.

In times of crisis, it’s back to the humanities for me. There were only two stores I visited in the two-day lead-up to the start of circuit breaker mode, and they were both overflowing with customers: Kinokuniya, the bookstore, once again and Art Friend in Plaza Singapura. Both mobbed. I took my place at the end of a line that snaked out the door of the art supplies store and felt a flicker of optimism. I believe there’s hope for any society that values the arts, and watching adults and kids from every ethnic background toss paintbrushes and watercolours into shopping baskets invigorated me for the upcoming 28 days.

Still, it’s a disconcerting thing to go into confinement in a new city. I was just discovering the city, exploring the souk-like atmosphere around Arab Street, the hipster vibe and independent bookstores of Holland Village, running through a list of the best prata establishments, and making historical discoveries on Parsi Road. But then, my world contracted.

My generous allotment of writing time outside the home was over. The residents’ lounge, where Jason had started his WFH (work from home) routine worked, was shut. “We need another desk, fast,” he messaged. We were not the only ones. Throngs descended on Ikea—some newspaper reports put the number at 30,000—the day before the circuit breaker took effect.

In this unprecedented lifestyle, while open air exercise is encouraged, you may only do so alone or with someone who lives with you. “Saw the new regulations?” I message my friend Kauveri before an evening walk. “Yup.” She sends me a neutral sad emoticon at this halt to our routine. But we are fortunate, and on my daily walk, I remind my masked self that right now my biggest threat is the crowd of kids learning to rollerblade on the promenade. I’m staring down a future without foreseeable travel, which is strange. So I’ve brought the traveller’s eye and sense of wonder to my neighbourhood. It’s easy to categorise people through a window, but these days I blend into the stream of distracted dads, older couples, a man walking with his African grey parrot perched on his shoulder. Wait, what?

Disaster has been a quietly coercive force, gently bending our sense of self. “We are all suddenly trapeze artists on ropes of uncertainty,” my friend Siddharth wrote messaged me. I know my shambolic lifestyle has prepared me for a world where things fall apart but walking past red tape markers on the sidewalk makes me think of the things that will endure and mark our memories of this time.

On my walk, I’m happy to observe local businesses pivot and adapt, just like people. Some of the restaurants have set up stalls, they are selling fruits and vegetables, and even bottles of scotch from their pantry, I imagine. From behind a mask, I track the changes in establishments, pausing at Boomerang, an Australian pub, to buy industrial-size tubs of pancake mix. While I step back in an uneasy approximation of one metre of distancing, I notice something even more interesting: ‘Grab and Go: Double Margaritas and Daiquiris at 12 bucks a pop’.

To fill my eyes with the sky, I walk past our condo pool, cordoned off with limp ribbons of plastic that call to mind a crime scene. I walk further along the river than usual, leaving behind the darkened restaurant fronts and kids delighted by the attention of their previously work-distracted fathers. In the shadow of stilled construction cranes, as I enter Kim Seng Park, I hear an odd sound. A thin yet delighted cry from the water. A family of otters is swimming across the river. I’ve seen the signs warning not to feed the otters, but the creatures themselves have remained elusive. I watch their fluid movements as they swim to the opposite shore, slicked heads flashing in the sun. All the luck I never see is manifest in the reflective river, in this brief moment stretched out in slow motion, in the family of otters reclaiming the land for themselves. As they emerge on the shore to play and slide against one another in exultant squeaks, I am taken hostage by the moment. I had forgotten, the ending and beginning of every day are astronomical events. But that sense of wonder has been returned by calamity. Watching the otters, I cannot help but wonder: when will we emerge on the opposite shore?

First printed in Travel+Leisure, May 2020.